You Have Lousy Taste in Pretty Much Everything

No, I'm not joking. I don't care what you think about the title. It's flat out true. This is not a smarmy opinion, what I'm about to say is one hundred percent fact. You have shitty taste in food. Your taste in music makes me think you're tone deaf. You can't appreciate art. Your idea of a nice car is basically a hotdog on wheels. Your house looks like it was decorated by a twelve year old. Fifty Shades of Grey is a poorly written book. The television shows you watch are trite. The beer you enjoy is tasteless piss. And to top it off, you dress like a clown.

Wow, Mr. Charlton. You are a cock.

Hold on a second now. Look at the title again. I said pretty much everything, not everything. What the hell am I talking about, you may be ask yourself? Put on your seat pants and take a load off. I'll fill you in.

I have lousy taste in music. I mean, flat out, horrible, bizarre, terrible taste in music. When I mentioned tone deaf above, I was talking about me. Now, that's not to say that some of the music isn't any good, quite the contrary. I listen to classical, jazz, a variety of metal. I'm down with blues, hip-hop, techno and rock. At the very same time, I also listen to music made with gameboys. Let me break it down a little further.

That tune I posted above? I will rock the fuck out to that at work, unabashedly. I dig that tune with zero irony or contempt. At the end of the day, it's still made with a gameboy. It only has the range that the gameboy's hardware will allow. Now, does that make it bad music? Here's the kicker and what separates good taste and bad taste. I have no clue whether or not that music is actually any good. If you brought back Mozart, he might totally rock out to Chiptune David. He might seriously rock the fuck out! 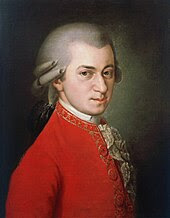 I have very little idea of rhythm, chord progressions, timing and other such musical terms. I've looked a little tiny bit into it, mostly regarding the harmonica, but have never put any serious study into my life, nor do I have any inclination to. Some people do, however, and if you are one of those people who would rather lose their sight than their ability to hear, congratulations! You may very well have the passion that would lead me to believe that you have better taste in music than I!

But, gosh darnit Mr. Charlton, are you saying I shouldn't enjoy shitty things? Heaven forbid child, I say enjoy all the shitty things you want! I enjoy shitty B movies, like 'Catman in Boxer's Blow' and 'Every Godzilla movie ever made (except that American made one with Matthew Broderick. Even I have my limits). I think the 1976 Lincoln town car is the greatest car in the world. And even though they don't even play there anymore, the Vancouver Grizzlies is the greatest basketball team EVER.

What I DO happen to have good taste in, and something I strive everyday to improve, is food and drink. I don't just love food and drink, I study it. I have encyclopedic books on wine. I have a tome that breaks down the science of cooking so that I could become a better cook. I've taken notes on how to improve my palette. I smell everything. I have put things in my mouth that would make you question my sanity. I cook everyday. And every single television show I've watched in the last month and a half has been about food.

That's just what I'm into. It makes me happy and who the fuck doesn't like being happy? The downside of this is that I can no longer enjoy food that is mediocre or sub-par. I can't do fast food anymore, I can TASTE the apathy. I can tell you when someone did a half ass job with a meal. Too much salt, not enough salt, too much spice, too much of the wrong spice. I have been DESPERATELY looking for a kickass bowl of Vietnamese Pho in Edmonton, a story which I will write about at a later date.

When you start to really appreciate something, the lousy things start to appear on your radar. You'll politely drink a Coors Light while trying not to look insulted. You'll secretly pour corked wine into plants at a friends house. You'll eat at Denny's when you're hammered, because the alcohol has numbed the feeling in most of your face. You see where I'm going with this.

Now don't you dare look at me like some sort of asshole. Every goddamn person reading this has their thing.

Oh, look at you, Mr. Nerd. You might laugh at my passion for fine cuisine while you dine on Pizza 73 and Mountain Dew. But suddenly your nose headed straight to the ceiling if someone mentions that Angry Birds is their favorite video game.

What's that Mr. Redneck? Having a chuckle at my fancy taste in beer? The real joke is that when I mention the word STIHL, all of a sudden you have a fucking spreadsheet explaining why Husqvarna makes a better chainsaw.

"The STIHL is what I use to shave. Wood deserves a Husqvarna."

Pardon, Mr. Writes-Erotic-Harry-Potter-Fan-Fiction? Don't understand my enjoyment of wine? That's all fine and dandy, but the moment someone mentions that the Harry Potter books are perfect the way they are, you start mentioning a piece you wrote where Harry and Ron started exploring each others bodies while Snape was looking through a.... looking through.... looki....look..... 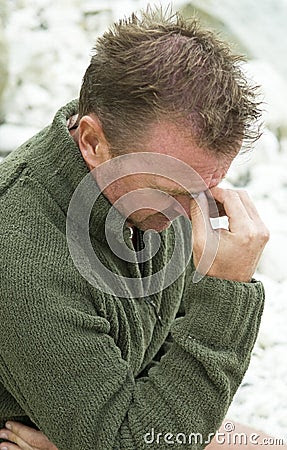 I can't continue with that idea. Those people insult themselves.

At the end of the day, everybody has their taste in something. Whether it's music, food, movies, cars, sports, computers, chainsaws, quilting, underwater basket-weaving or whatever the fuck happens to turn your crank, it's something out there that you love so much that the idea of doing it half assed is an affront to your senses. So the next time someone hands you a shitty beer or tells you that the Calgary Flames is the greatest team in the NHL's history, just keep it to yourself and remember that there's something out there that you enjoy that would rightfully make them vomit. They might not want to talk about high end beer, and you certainly don't want to find out that their hobby is related to Plushophilia (that link is NSFW).

To be fair though, I still think you dress like a clown.

p.s. Yes, those plushophiliacs actually do exist. I suggest you stop looking into it immediately, as the road into that part of the internet can only lead to 4chan and madness.
Posted by The Illustrious Mr. Charlton at 20:58